There are reasonably priced cars and there are ludicrously priced ones. There are ones that one day we can hope to afford, but there are ones that only Cristiano Ronaldo is able to afford in its private collection. This time lets concentrate on the later version of car, because let’s face it nobody really cares about the cars that we can possibly afford some day because that is never going to happen. Instead it is better to dream and live in a fantasy world a while and see what the other side is able to afford on their daily bases. Without further ado, here is the list of top 10 most expensive luxury cars.

The 2015 model of the Ferrari FF is a sports vehicle that has been built on only one trim, which is simply calling it the base. And there was actually no need to make different trim sizes and levels as this one has got it all and has been perfectly equipped from the start. A manufacturer like Ferrari keeps an eye for details so the standard setup is very luxurious and more than appropriate for a luxury car. It uses a standard 6.3L, 12-cylinder, with incredible EPA ratings of 11-mpg in the city and 16-mpg on the highway, which is achieved using an Automatic transmission. And the ultimate pricing of this car amounts to $295,000. 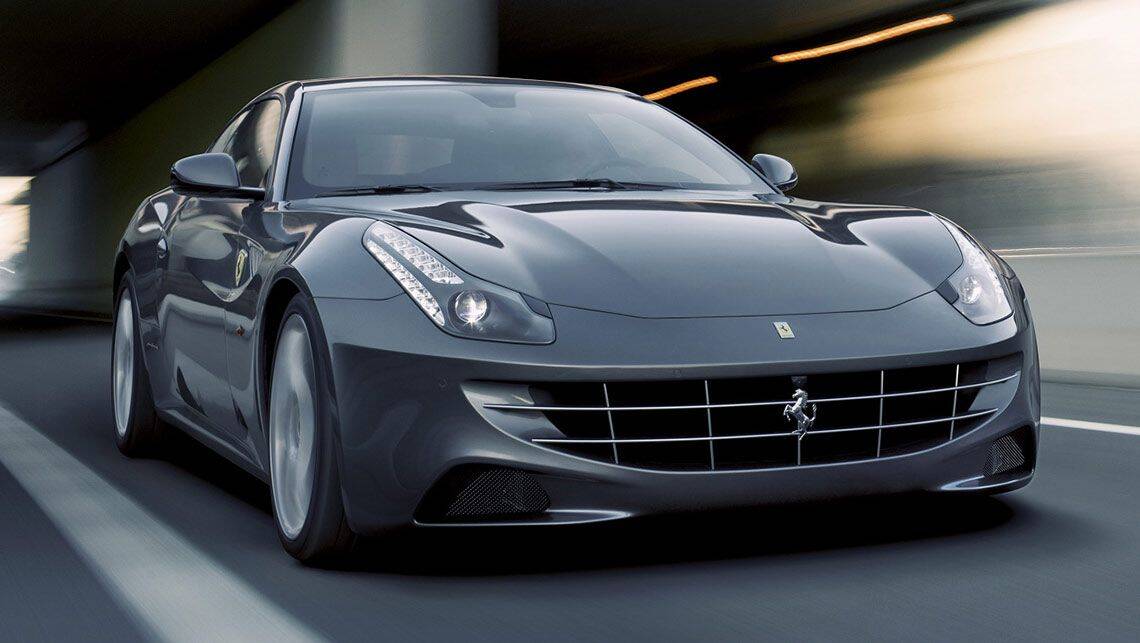 A Rolls Royce simply had to be on this list. A company that is removed for its make of fine luxury vehicles is always in the upper echelon of luxury car makers and so are their models. The number 9 spot on our list is thus taken by their 2015 Rolls Royce Ghost vehicle, a 4-door and 5-seat Sedan car. This one is available in two trims, the Sedan and the EWB Sedan, with both trims having a very luxurious setup and equipment arrangement. The Sedan gets a price of $286,750, while the EWB Sedan is priced at $319,400, which allows it no trouble to make it our top 10 most expensive luxury cars list. The base engine for both trims is a6.6L, 12-cylinder.

Up next on our top 10 most expensive luxury cars list is the 2015 Ferrari F12berlinetta. A 2-door 2-seater is perhaps one of the most attractive cars on our list. With a typical Ferrari style and an aggressive sporty look, this car can easy make it on any most handsome cars list. But in this case its base price of $319,995 per unit keeps it in the expensive cars roster. It comes only in one trim available and uses a 6.3L, 12-cylinder and an Automatic transmission as standard.

Next up is the 2016 Bentley Mulsanne. This car absolutely screams luxury and good taste. Its looks are something that most business people would prefer to drive while its interior supports this claim from the inside. The added equipment is more than appropriate and also makes it a useful car on the inside as well. It is available as both a Base version and also as a Speed trim, guess what the second one can do, and has a price of $303,700 for the base and $335,600 for the Speed. Both use a 6.8L, 8-cylinder while the EPA rating for the Base trim is 11-mpg in the city and 18-mpg on the highway.

The 2015 Rolls-Royce Phantom Coupe is perhaps the least attractive car on our top 10 most expensive luxury cars list. With its boxy shape it look more like a brick driving down the road compared to other luxury vehicles. But we cannot deny its worth and its luxurious style. It possesses a certain kind of a swagger to it and has a suitable luxury package to boost its claim. It is what’s on the inside that counts here the most. The 2015 Rolls-Royce Phantom Coupe uses a 6.8L, 12-cylinder and comes with a price tag $438,325. It is only available in one trim option.

This is a continuation perhaps of the previous car on our top 10 most expensive luxury cars list. Its name is Rolls-Royce Phantom Drophead Coupe and it is a 2015 version vehicle. It makes it on the list with a price of$479,775 for its base trim in which it comes only available as. What is great about this car and what makes it much more beautiful than the previous one is that this is a convertible and like that makes its look much more enhanced and attractive. It also uses the same 6.8L, 12-cylinder engine as the previous car but manages to produce an EPA rating of 11-mpg in the city and 19-mpg on the highway.

Well this exquisiteness of the 2015 Rolls-Royce Phantom simply cannot be denied. If we were making a top 10 most handsome luxury cars instead of the top 10 most expensive luxury cars list, this one would be at the very top. With an appropriate package which is available both inside and out the car is a very suitable choice for any business like and sophisticated situation. People are gladly going to pay a price of $407,400 to own this car as its beauty cannot be denied. If you check out the interior specs you will be blown out of your mind by the setup. Like many Rolls-Royce vehicles, it also uses the 6.8L, 12-cylinder and comes in two trims, Sedan and EWB Sedan.

The number 3 spot on our top 10 most expensive luxury cars list is occupied by the 2015 Lamborghini Aventador vehicles. The Italian automaker has always been known for its performance vehicles, but the Aventador is a brand which sports a lot of luxury to it. With a trademark look of a Lamborghini car which is certainly going to give it a lot of street cred, the car also sports a great luxury package with a lot of interior comfort and spacing. It is a 2-door, 2-seat vehicle but the two people riding inside are certainly going to experience a wonderful ride in a car like this. It uses a 6.5L, 12-cylinder with a measured EPA rating at 11-mpg in the city and 18-mpg on the highway. It comes in four different trims, with LP700-4 Coupe and a price of $397,500 as the least expensive one, while the LP720-4 50th Anniversario Roadster as the top trim and the most expensive one with a price of $548,800 and even better EPA ratings that provide 10-mpg in the city and 16-mpg on the highway.

As we get to the top of our top 10 most expensive luxury cars list, their design becomes more sportier and aggressive. This is something that the 2015 Porsche 918 Spyder can be described with. A 2-door two seater convertible car has all the makings of a standard Porsche. From front to back and from inside out it is all luxury, but the outside holds some added aggressiveness which shows that the car is not shy when it comes in performing on the road. The 4.6L, 8-cylinder is a good choice, but does not offer promising EPA ratings at 0-mpg in the city and 24-mpg on the highway. Nevertheless its driving feel and interior comfort make up for the lack of fuel economy. It costs $845,000 for the base version, but if you include the w/Weissach Package, it amounts to a top price of $929,000.

And on the top of the top 10 most expensive luxury cars list is the 2015 Ferrari LaFerrari vehicle, a 2-door, 2-seat coupe made in the production line of Ferrari. The LaFerrari car takes a massive win here as its base price is much larger than the second one on our top 10 most expensive luxury cars list. It is only available in one form and it costs and astounding $1,416,362 base MSRP. The vehicle holds an out-of-this-world style which can be described as both revolutionary and futuristic. Bedsides its peculiar craftsmanship, it holds great performance specs and allows the highest amount of comfort possible. Also its appearance is quite aggressive and highly sporty looking, which is what you would have expected from a Ferrari car. it uses a standard 6.3L, 12-cylinder engine with an automatic transmission and EPA ratings of 12-mpg in the city and 16-mpg on the highway. A very appropriate car for a first place on the list.